When I was around Eight years old I was taken on a Caravan Holiday, by my Wonderful Grandma( to the right of the above pic) and her Sister, whom I called ‘Auntie Elsie’ ( Great Aunt really) This Photo came to light a few weeks ago, whilst rummaging through my Mothers huge stash of Family photos, almost instantly I was transported back to that week with two women whom were such a Massive part of all of our lives, not just mine, so much so that I am in the process of writing their story….. watch this space!

My Grandma lost her own Mother when she was just Eight years old, Elsie was a newborn, the family were separated and went to stay with various relatives, but nobody really wanted a new Baby, times were hard, families were large enough and sadly Elsie ended up at Nazareth House Orphanage, from there she went to a Convent in Carlisle. My Grandmother fought most of her life to get her home, Elsie would be forty three years old before that happened, And yet the bond between these two Sisters was undeniably strong, as though they had been together every day of their lives.

My feelings when I looked at the photograph, were ones of joy, I remembered the lemon shaped soap that we washed with, Grandma had bought it especially for our Holiday from Fenwicks, her cardigan that she wrapped around my shoulders when it was chilly at night, shell collecting with Auntie Elsie, nightly games of Bingo for pennies and watching Elsie crochet with silks she told me, were the colour of spring crocus. Yardleys Freesia dabbed on my wrists by Grandma. Sleeping in between them and the three of us giggling like schoolgirls long into the night, early morning cups of tea and having my hair brushed whilst listening to the constant chatter, Oh how I wish I had taken notes! They were tremendously funny!

Of course these beautiful souls have been long passed, but every now and then, my own Mum will say to me and laugh ‘ You are so like your Grandma!’ usually when I have said something a bit inappropriate!

I am honoured to have been even slightly influenced by you both ladies. 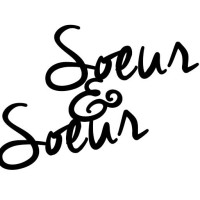 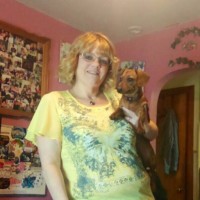 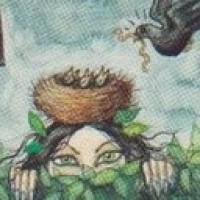